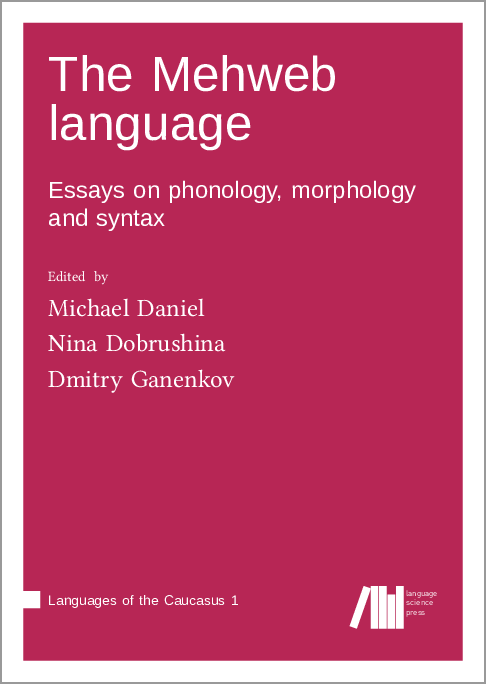 On October 31, 2018, Language Science Press, a publisher of linguistic books, officially announced the launch of a new book series called Languages of the Caucasus.

The series publishes works on all languages of the Caucasus,including the three autochthonous Caucasian language families (Nakh-Daghestanian, Abkhaz-Adyghe and Kartvelian) as well as languages of other families that are spoken mainly in the Caucasus (Armenian, Ossetic, Azerbaijani and others). Acceptable publication formats include grammars, dictionaries, comparative studies and also monographs on particular language phenomena in one or more languages.

Publication languages can be English, Russian, German or French. All manuscripts will be reviewed and, just like other publications of Language Science Press, published on their web page in open-access mode. The first edition of the series will be a collection of articles on the Mehweb language (from the Dargwa group of the Nakh-Daghestanian family), entitled The Mehweb language: Essays on phonology, morphology and syntax edited by Michael Daniel, Nina Dobrushina and Dmitry Ganenkov.

Another international journal on Caucasian languages (Languages of the Caucasus) was created earlier in 2015. The journal  also follows the open-access model and is published on the platform eScholarship supported by the University of California). The chief editor is Johanna Nichols and Michael Daniel and Timur Maisak are included in the editorial board.